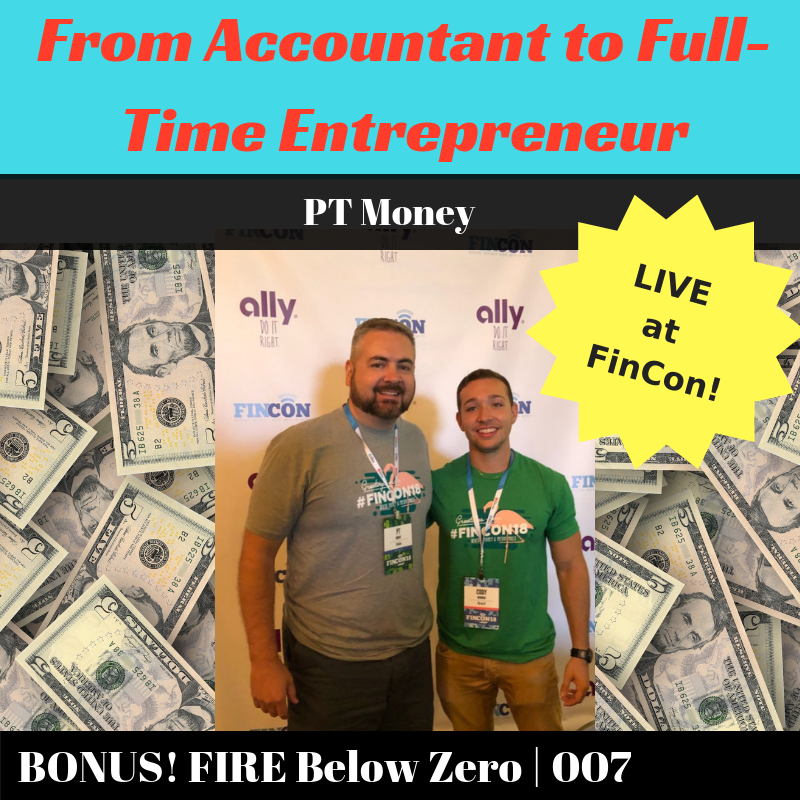 PT Money is the founder of FinCon and a personal finance blogger at PTMoney.com. In today’s episode, I get a chance to interview him LIVE at FinCon to share his financial journey.

We’d love to hear your comments and questions about this week’s episode. Here are some of the best ways to stay in touch and get involved in the FIRE Below Zero community!