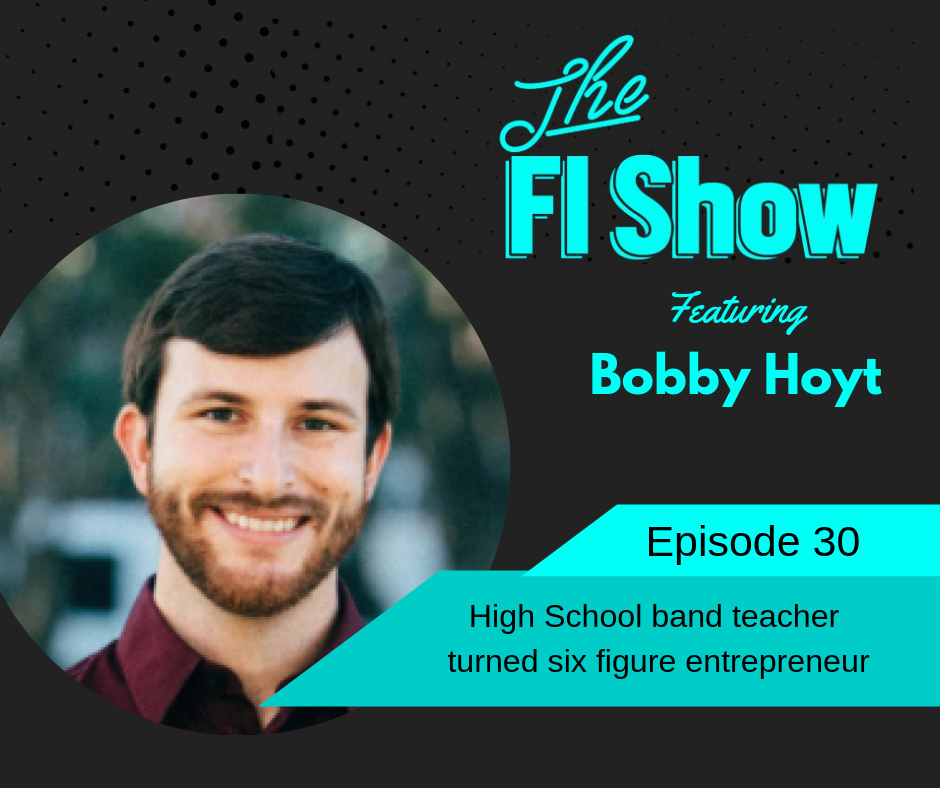 In today’s episode, Cody and Justin are joined by Bobby Hoyt from Millennial Money Man.  Bobby started off as a music teacher but today is changing lives with his wildly popular Facebook Ads course that the FI Show guys have seen change lives first hand.

In that course, Bobby teaches people how to contract yourself out to businesses and run their Facebook marketing. We’re talking $1k+ per month of income with Bobby’s first job himself bringing in $3k per month. Somewhere in between teaching band and teaching ads, he realized he had to be his own boss.

Now go take a listen to Bobby’s story and see how he pulled off such an amazing transition.

The call to action this week is to consider some premium content. Whether it’s Bobby’s course or some other content designed to make you happier or wealthier. Try to find reviews from folks you can trust and invest in yourself!

Links from the Show: