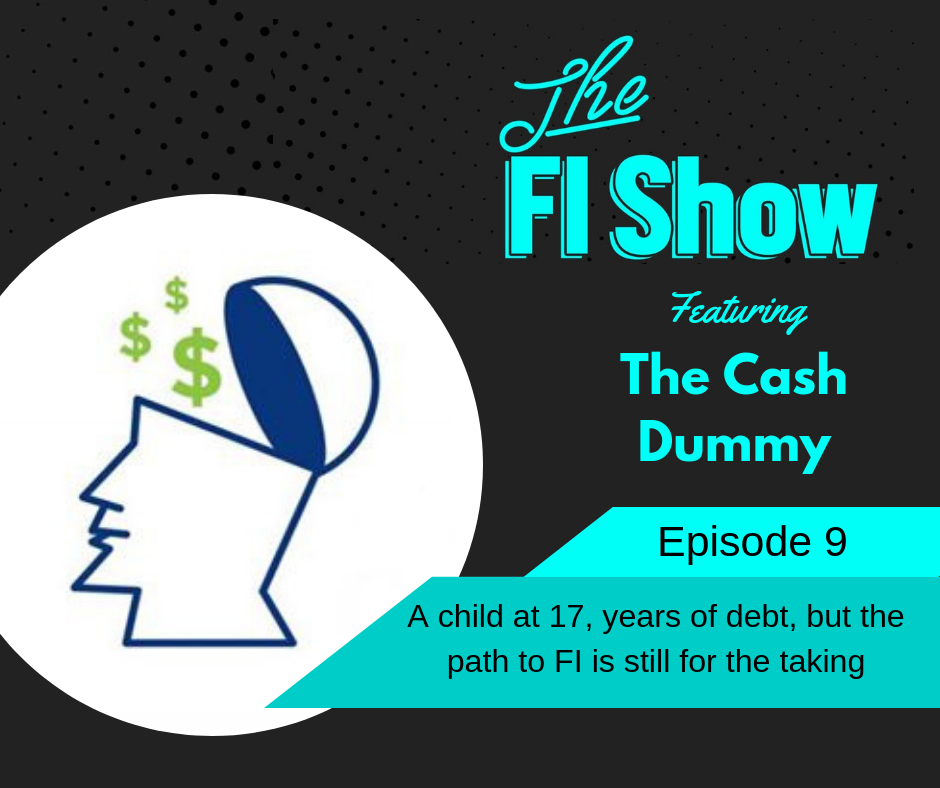 In today’s episode, Cody and Justin bring you a story that’s just beginning. This interview with The Incredible Cash Dummy steps through a life quickly changed by having a child in high school and joining the Navy soon after. He then went for years with no financial direction.

A recent military move was compounded with his wife getting pregnant again and her losing her job, he had a major light-bulb moment. A little over a year ago he discovered the financial independence space and has become hooked. Tune in to see how he is correcting his path and taking ownership of his finances.

Part 1: If you’re a military member reading this prior to Jan 1, 2019, take a serious look at the new Blended Retirement System. Many dismiss it without giving it a serious look. It can be a great option if you put in the work.

Part 2: Continuously educate yourself and find that person who has made it from a starting point similar to your own.