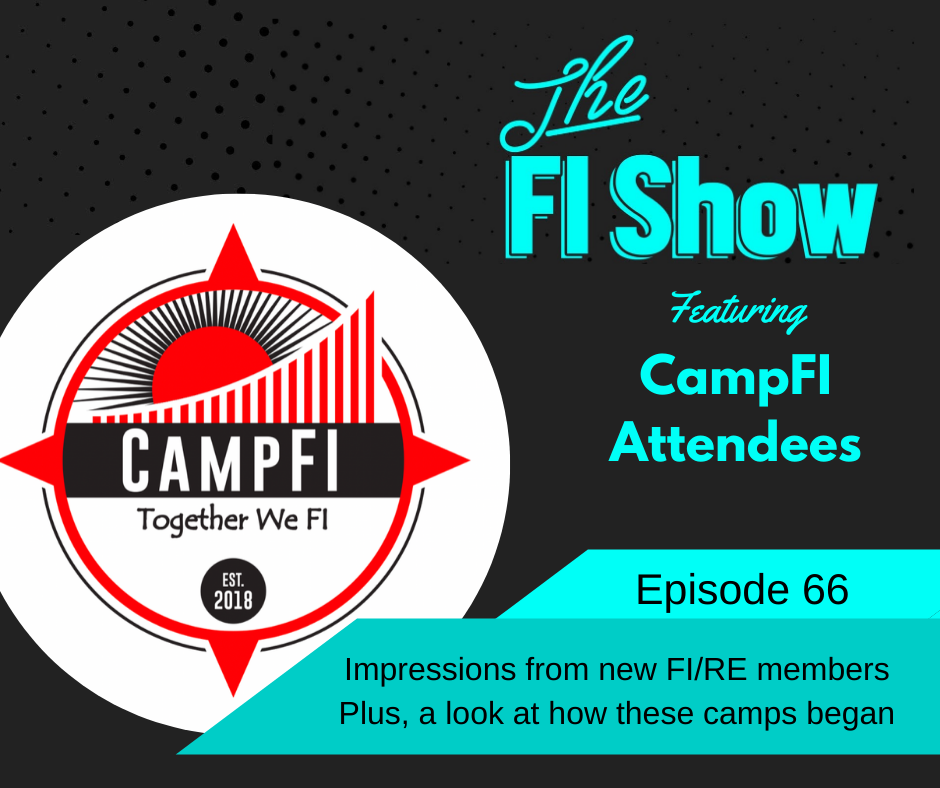 Today’s episode was recorded live at Camp FI down near Gainesville, Florida.

Camp FI is a retreat of 40-60 people at locations across the country filled with people chasing FI and supporting fellow members of the community.

This episode highlights people who were convinced to come to CampFI without any background to the FI/RE movement.

Two other interviews include a graduate student studying the FI/RE movement and the camp’s creator, Stephen.

Stephen talks about the origins and future of this camp and the motivations to keep this community growing.

Listen, learn, and let us know what you think.

Start leaning on or creating a community around you that supports your growth as a person and your goals to reaching FI.

One of the best ways to protect your family is with term life insurance. Even though we don’t like to think about it, it’s important to have financial protection in case the unexpected happens. Bestow is an awesome and reputable life insurance partner of ours that makes this process simple and easy. They use data to remove the doctor visits and paperwork involved with the traditional life insurance process. And you can apply from anywhere in just minutes. You don’t have to jump through a bunch of hoops to determine your eligibility, you’ll receive an approval response right away. It took me less than 1-minute to get my estimated quote, and you can go and do the same.