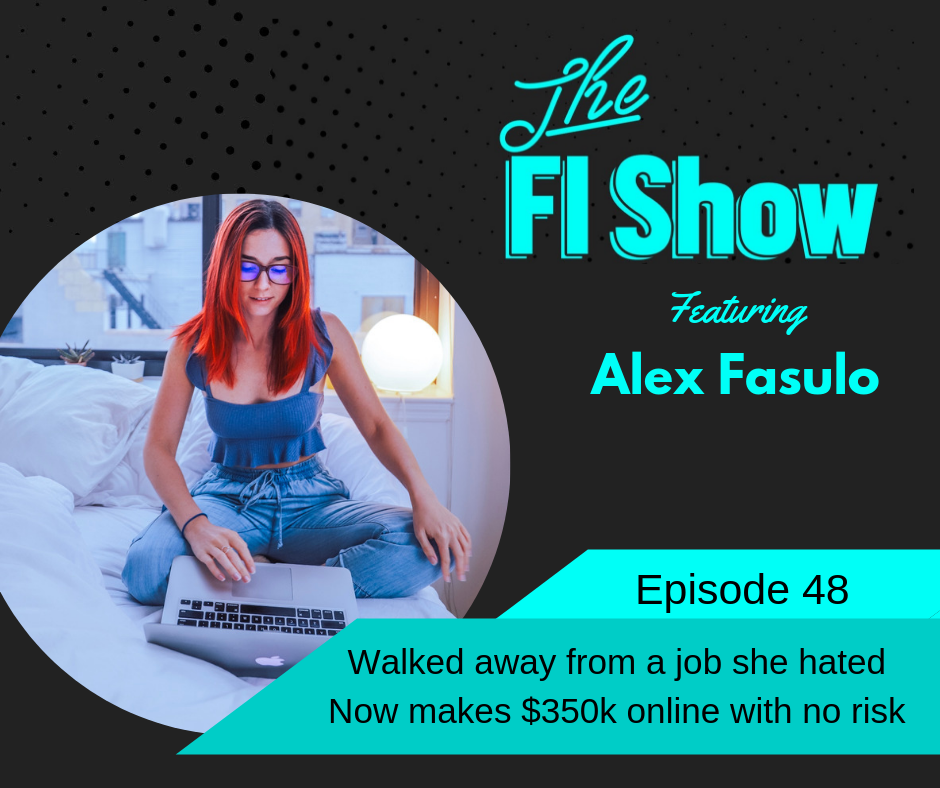 In today’s episode, Cody and Justin are joined by Alex Fasulo who is the queen of Fiverr.

This 26 year old makes insane money as a copywriter all online.

Alex came from a family of entrepreneurs but sought a job in politics or law.

After graduation, she found herself in a job she hated and quit soon after. Alex turned to a little site called Fiverr to start trying to earn money online.

Fast forward a while and she’d become a Fiverr pro who travels the world and makes over $350k per year risk-free.

Listen and read below to hear how she did this and how you can too.

Go browse Fiverr and look for inspiration to start selling your own gig!

Via her blog and grab her book