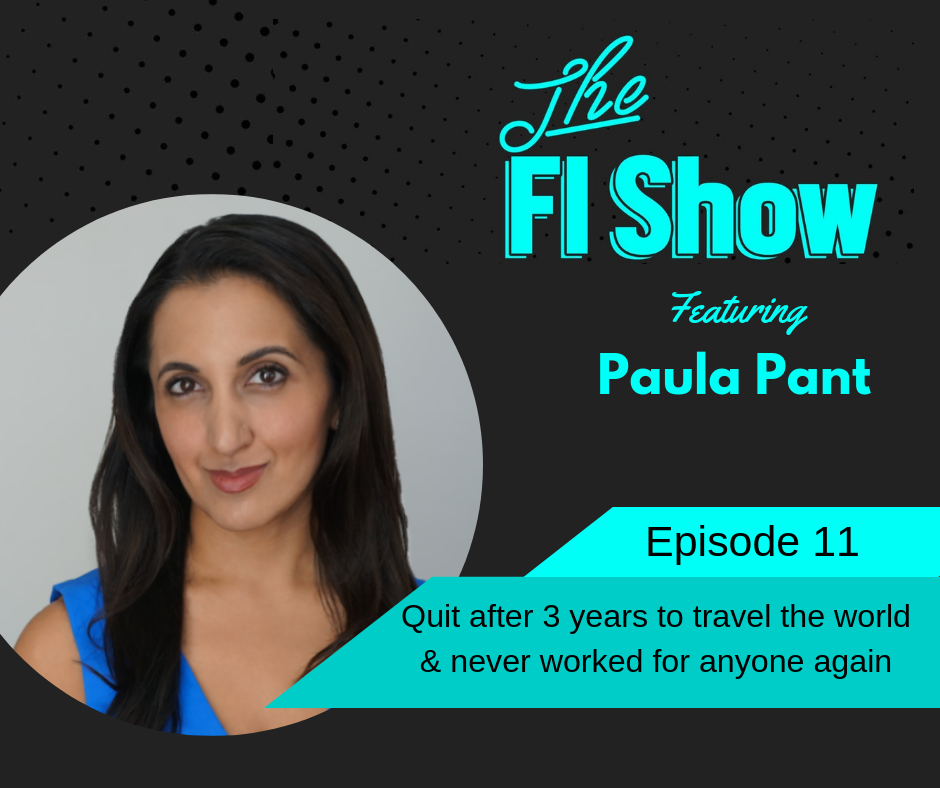 In today’s episode, Cody and Justin bring you one of their favorite episodes to date. Paula Pant is always conducting great interviews herself but today she’s the one answering questions. She walks us through her amazing story of only three traditional years of employment, traveling the world, and the steps she took to secure her financial independence.

There is something for everyone in this episode. You’ve got philosophy, entrepreneurship, freelancing, and even some great real-estate tips. This discussion also gets into focusing also on increasing income and not just being consumed by minimizing expenses. Paula calls this “The gap” or the delta between your earnings and expenses. Go check out the episode for yourself and let us know what you took away from the show.