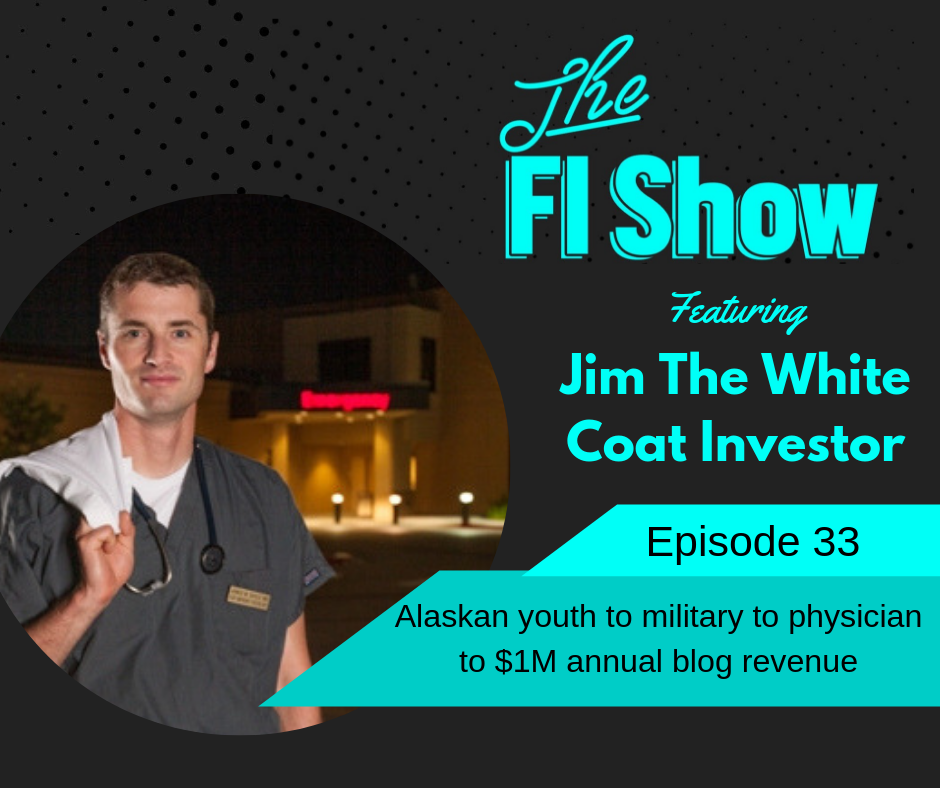 In today’s episode, Cody and Justin are joined by the prolific Jim Dahle from the White Coat Investor. Jim came full circle from a middle-class Alaskan upbringing all the way to a successful physician with a blog that makes over $1M per year!

So how did he get there…

Well, that’s what the episode is for so go take a listen, leave that 5-star review and give us some feedback!

Figure out a way to increase the aspects of your job you love and minimize the parts that you don’t. That could include going off on your own but if that’s not you, just focus on doing this within the bounds of your current employment

Check out Cody and J’s Side Hustle Course!