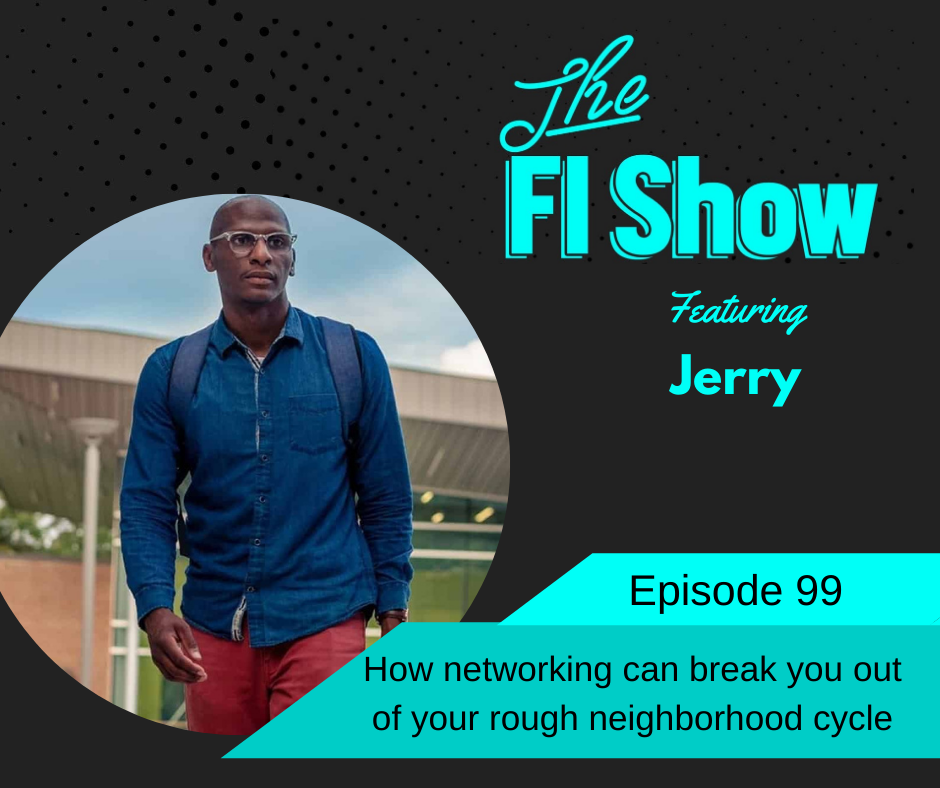 Jerry grew up in a self-described ghetto with no real view of a way out.

We cover his background, how he turned things around, and how he’s built a powerful financial independence network.

You won’t want to miss this inspiring story!

Can you Bootstrap Past Disadvantages?

We’ve all heard of LinkedIn, but have any of you managers or small business owners used the platform to hire new talent? LinkedIn Jobs uses its state-of-the-art technology to put your listing in front of qualified candidates. When you’re ready to make that next hire, visit LinkedIn.com/FiShow to get $50 off your first job listing.