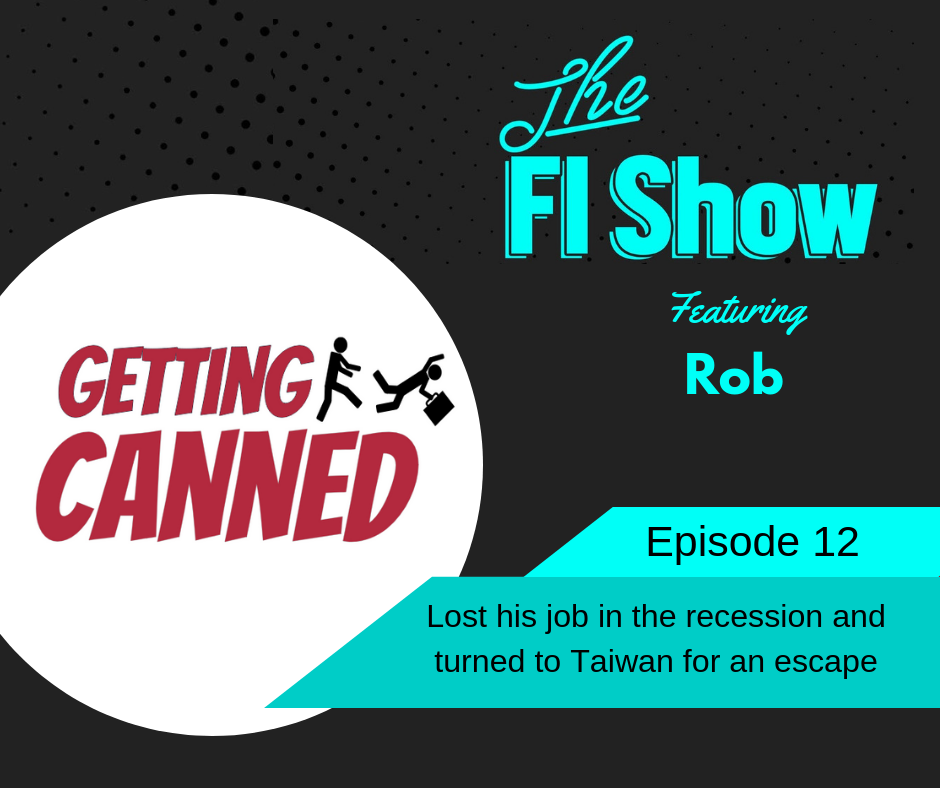 In today’s episode, Cody and Justin bring you a truly optimistic outlook on getting fired. Rob from Getting Canned walks us through his story of losing his job at one of the worst times in history, in 2008 during The Great Recession.

Rob’s struggles lead to finding an amazing income source and international travel opportunity all in one. Rob moves to Taiwan where he would teach English for three years and make some fantastic memories while the economy recovered.

Tune in this week to see yet another showcase at how financial independence is possible for all.

Consider what it would be like if you were fired tomorrow and create a game plan.