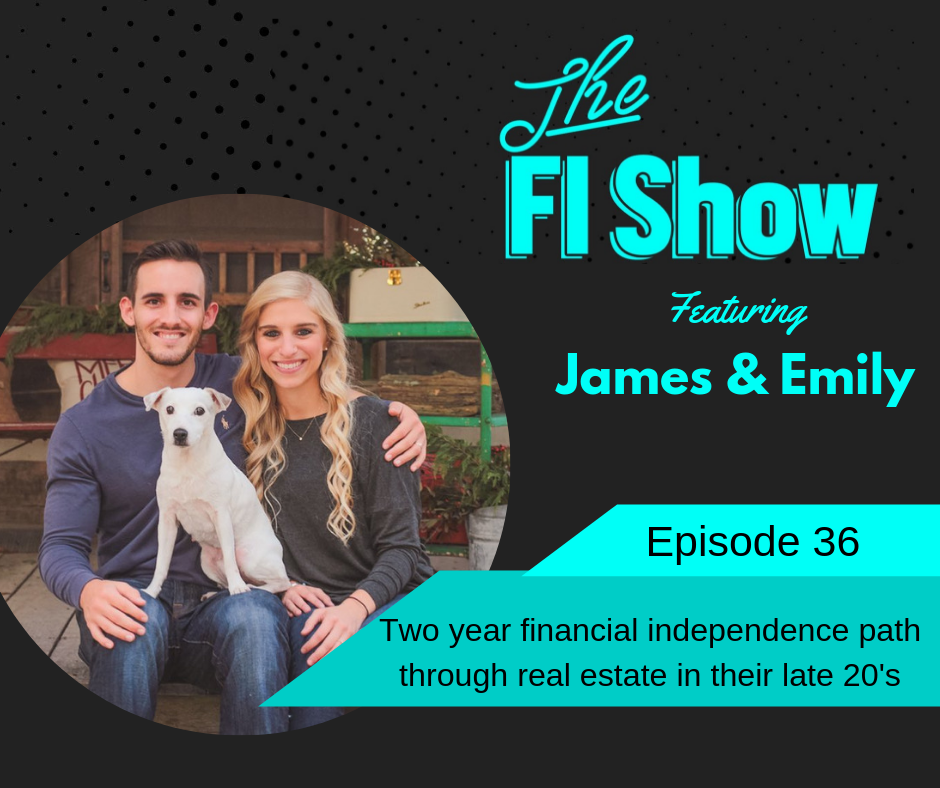 In today’s episode, Cody and Justin are joined by  James and Emily from Rethink the Rat Race who have one of the quickest journeys to financial independence you’ll ever find.

Living in Huntsville, Alabama they find themselves in one of the best real estate markets in the country for rental properties. They took that opportunity and ran with it.

In 2017 they bought their first rental property and two years later they hit their 11th property and are now ready to retire this summer!

Cody and Justin are both great friends with this duo and this is definitely a can’t-miss episode.

So go take a listen, leave that 5-star review and give us some feedback!

Take some time and research your area for potential to become a real estate investor as well as all the other options such as lending for real estate and investing in REITs.

Check out the Side Hustle Course!