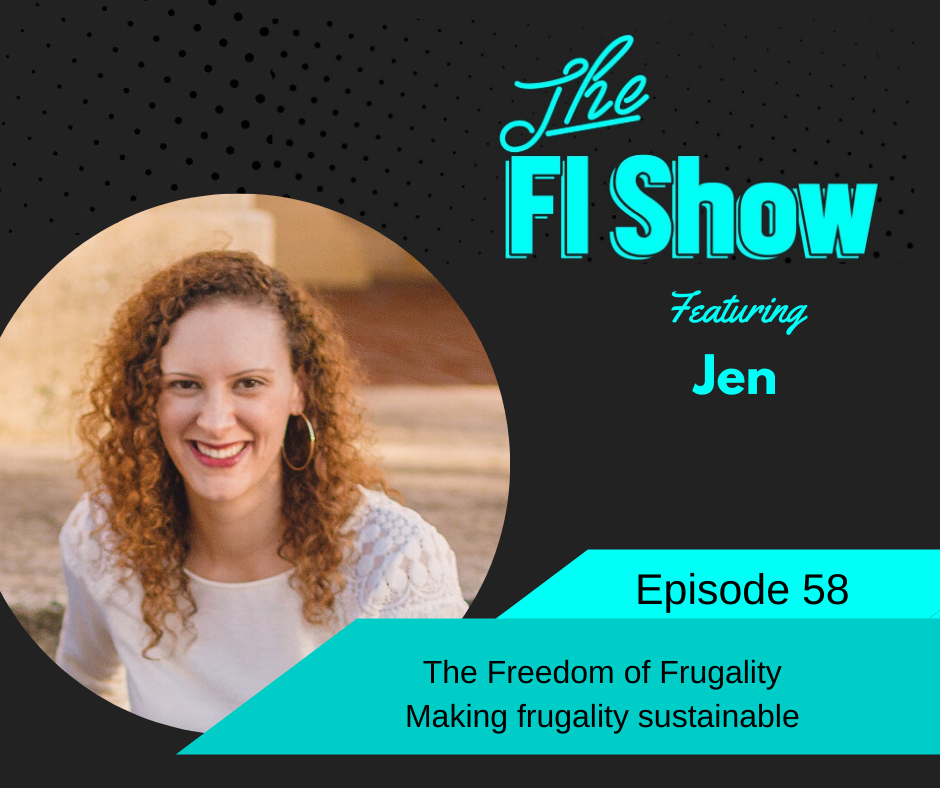 In today’s episode, you’ll hear from Jen who co-hosts the Frugal Friends podcast and writes at Modern Frugality.

Jen really didn’t want to become frugal in her 20’s because she was afraid of losing out.

Over time she realized the amount of work it was taking to reach her goals was too much.

Jen’s Tools for Turning Around Her Finance

Assign a value on a scale of your choosing to the expenses in a certain category. Start reducing the ones you value least.

One of her books -> Saving with Spunk, The No Spend Challenge, Meal Plan on a Budget