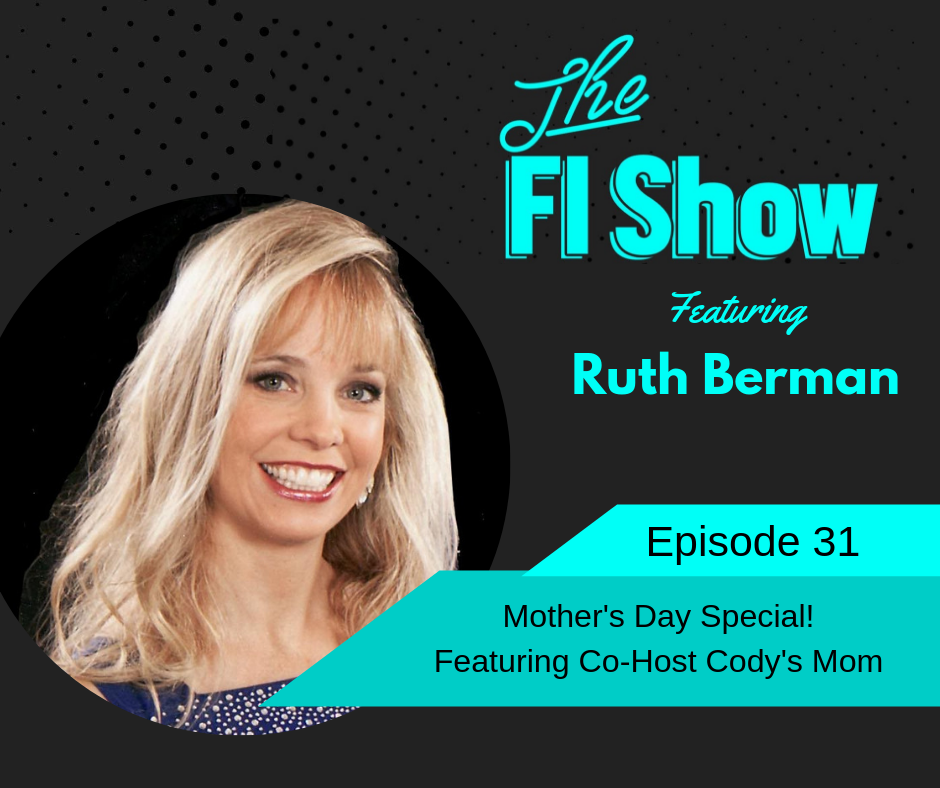 In today’s episode, Cody and Justin are joined by Cody’s very own mom Ruth Berman! We wanted to do something special for Mother’s Day this year and we think this interview hits the mark regardless of the holiday.

We cover her origins and the unique jobs she and her own parents had. Then, we spend a good bit of time discussing how to raise children in a matter that makes them both savvy and comfortable with money. We think there’s a ton of great nuggets in there for parents.

Finally, we discuss some of the ways she’s diversifying her income streams and maximizing every dollar. Ruth doesn’t see retirement coming anytime soon but she’s making some fantastic money moves.

If that doesn’t sell you then stick around to possibly catch some dirt on Cody! After you listen be sure to let us know what you think.

Whether it’s your own children or through some volunteer program, find a young person out there and help raise the bar on their financial education!