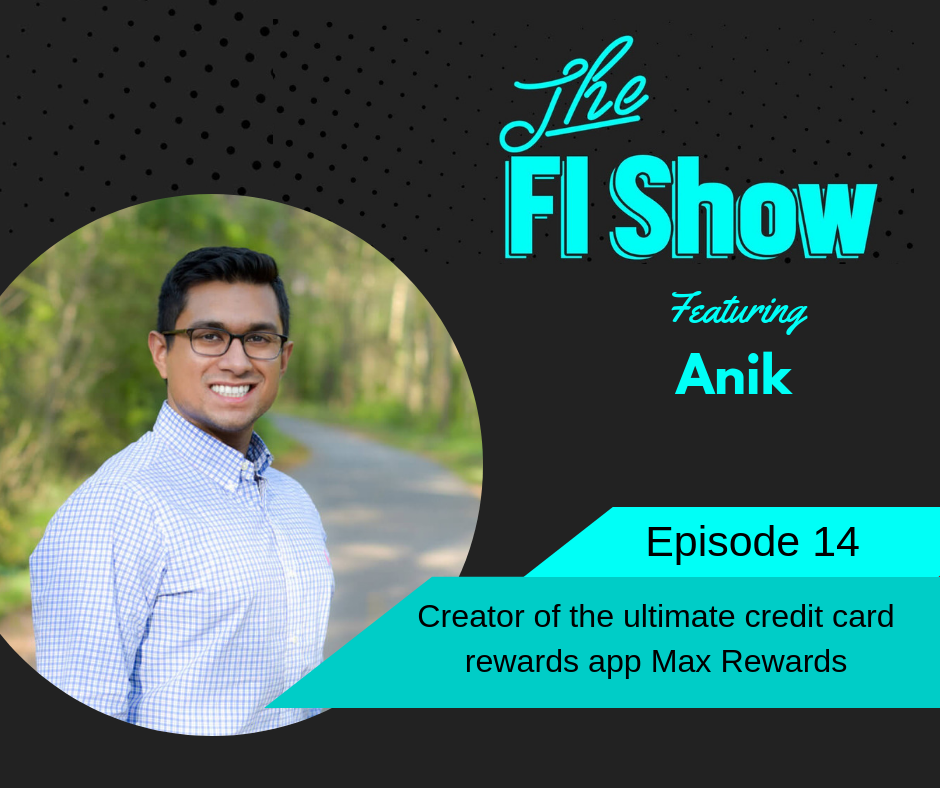 In today’s episode, Cody and Justin bring you the creator of what we believe will be the future gold standard of Credit Card rewards accumulation, tracking, and redemption. Anik Khan started creating businesses at age 14 where he would redesign websites for thousands of dollars. He would go on to college to pick up management skills and work a few years as a management consultant before starting the rewards app called Max Rewards. The app is currently in beta but should be ready in March 2019.

You can gain early access by going over to Max Rewards and hitting download. Make sure you let them know the FI Show sent you!