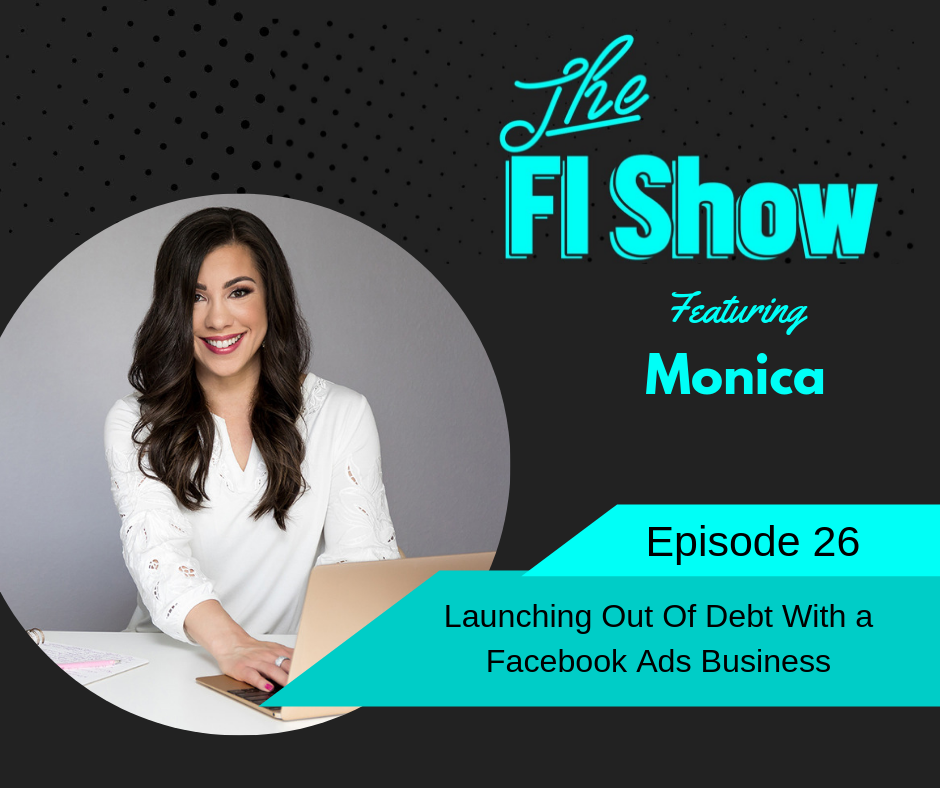 On today’s episode, Cody and Justin are joined by Monica from MonicaLouie.com. She tells us her inspiring story of tackling debt and putting family first.

Monica and her husband both came together after college with some debt and Monica wasn’t a saver naturally. Her husband brought those characteristics to the household and she took to them quickly and soon started leading their debt pay down efforts. While on her way to becoming a mother of two, she decided she wanted to be able to spend as much time as possible with her children and step away from the workforce.

Unfortunately, even though they had made great strides on their spending, one income just wasn’t enough. So Monica started a blog and experimenting with Facebook ads. She then started her own Facebook ad consulting business in 2016 with her as the single employee. Today she employs 13 and is on the fast track to being debt free.

But you don’t want just an overview, go take a listen to today’s episode and let us hear what you think.

Consider giving in and buying that premium content or tool that you believe will help you grow your business, land your dream job, or just bring happiness to your life.

Links from the show: