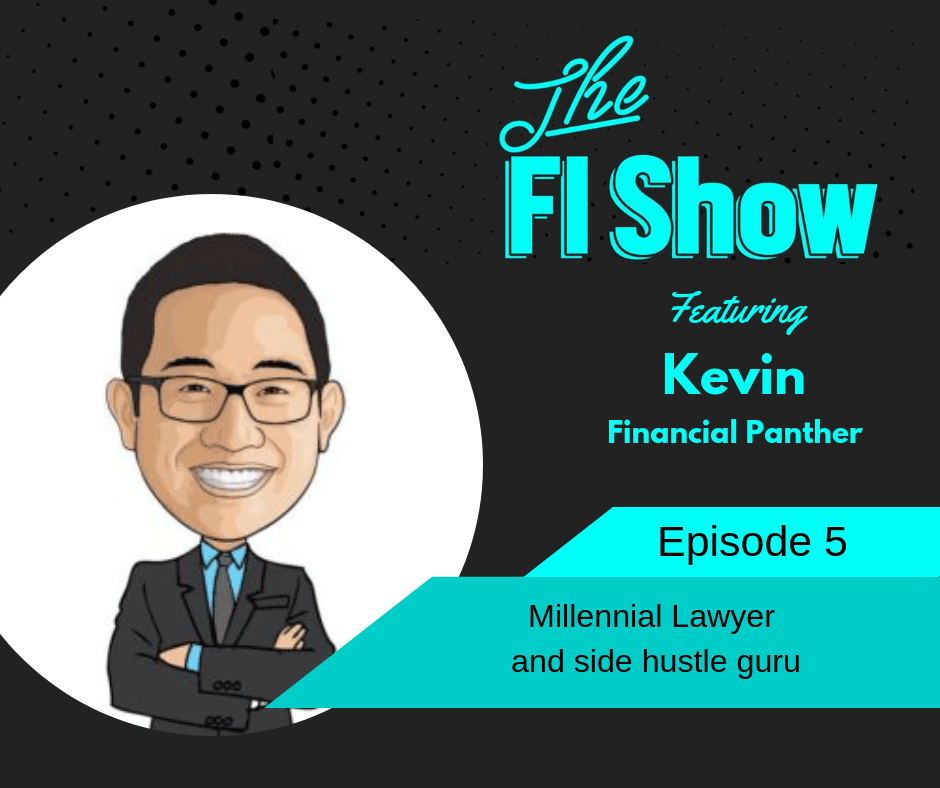 In today’s episode, Cody and Justin bring you a true expert of the gig economy and side hustles. The great Kevin from Financial Panther. If you’re unfamiliar with the gig economy or side hustles, think Uber, Wag, or Air BnB. Kevin has used all of these new apps to bring in $1-3k per month on a very consistent basis.

Oh and don’t forget he does this while also being a lawyer. While a lot of lawyers might think it is beneath them to deliver food to college kids, Kevin sees it as a powerful tool to expedite his path to financial independence.

The other important part of this interview is how Kevin explains the ways to do these side hustles without stretching yourself too thin. We try to always stress the importance of enjoying this financial independence journey and not just rushing through it. He stresses finding ways to incorporate these side hustles into activities that you’d be doing anyway.

These are examples of some nuggets we got from today’s show. Hope you enjoy it as much as we did!

Analyze your daily routine and find something you can do to make that $5k per year!

Money and Confidence are Interchangeable