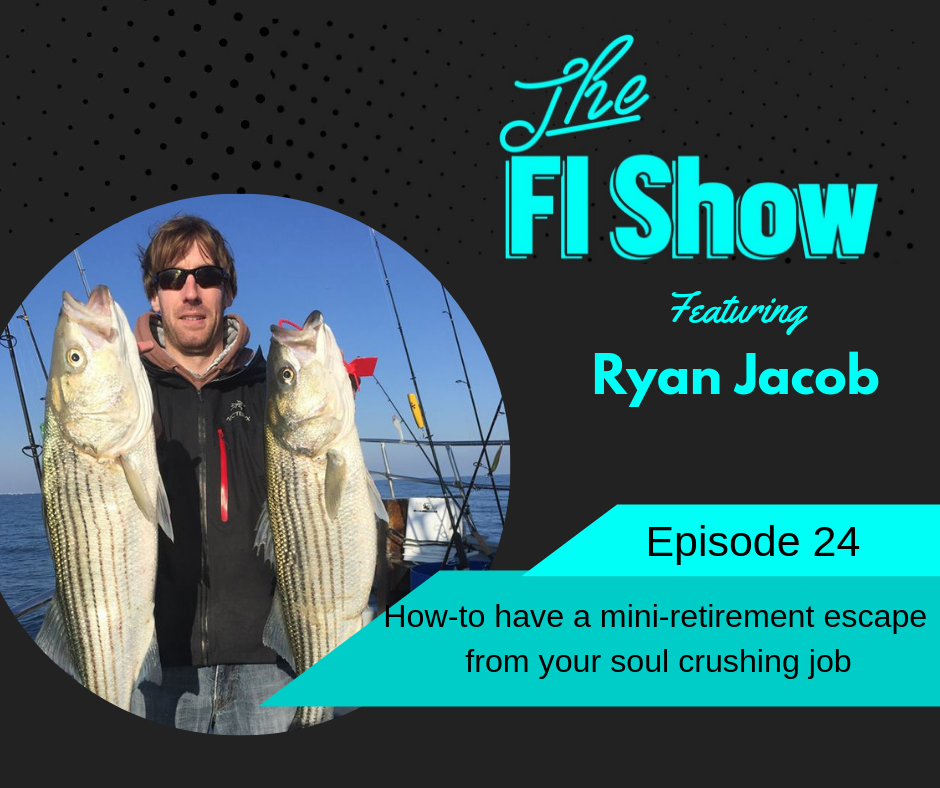 On today’s episode, Cody and Justin are joined by Ryan Jacob who has one of the more gutsy stories you’ll hear. Ryan has decided to step into a mini-retirement or super lean FIRE plan in order to get away from his soul-crushing job.

He was in an extremely corporate setting with big money in his future but decided instead to take his nest egg of just over $300k and call it a day. Instead of a cubicle he now spends most of his time on the water catching some awesome fish.

It’s obvious to see that Ryan is looking for more than fishing in his retirement and is itching to start his own business. Want to know what kind of business he has had and will have? Curious what life looks like when retiring on $300k?

Well, go take a listen to today’s episode and let us hear what you think.

Take a good hard look at what you image your most rewarding day to look like and use that as your initial FI goal instead of stressing about the money for the additional things like entertainment.