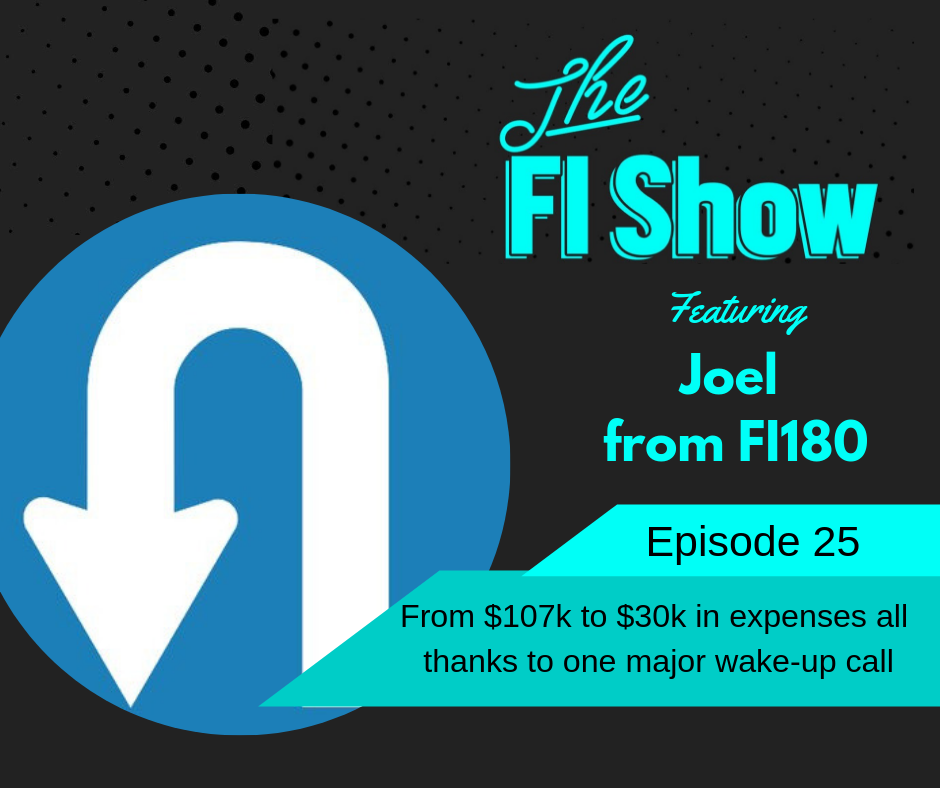 On today’s episode, Cody and Justin are joined by Joel from FI 180. It’s so inspiring to hear someone who had real spending issues and quickly got them under control. Joel wasn’t forced to in order to take on debt, he had a wake-up call in the form of a car crash involving his wife.

Unfortunately, sometimes it takes a potentially life-altering event to step back and reevaluate your life. Thankfully Joel’s wife is fine and they don’t miss their old spending ways.

The transition they made was remarkable. They were set for a life of working into their 70’s and quickly make changes that have allowed Joel to retire at 34 and his wife the option to do so whenever she chooses.

Well, go take a listen to today’s episode and let us hear what you think.

Write out a 6 month calendar. Pick one subject area for each month. Reduce that spending or at least analyze it one month at a time and compare your end progress with where you started.