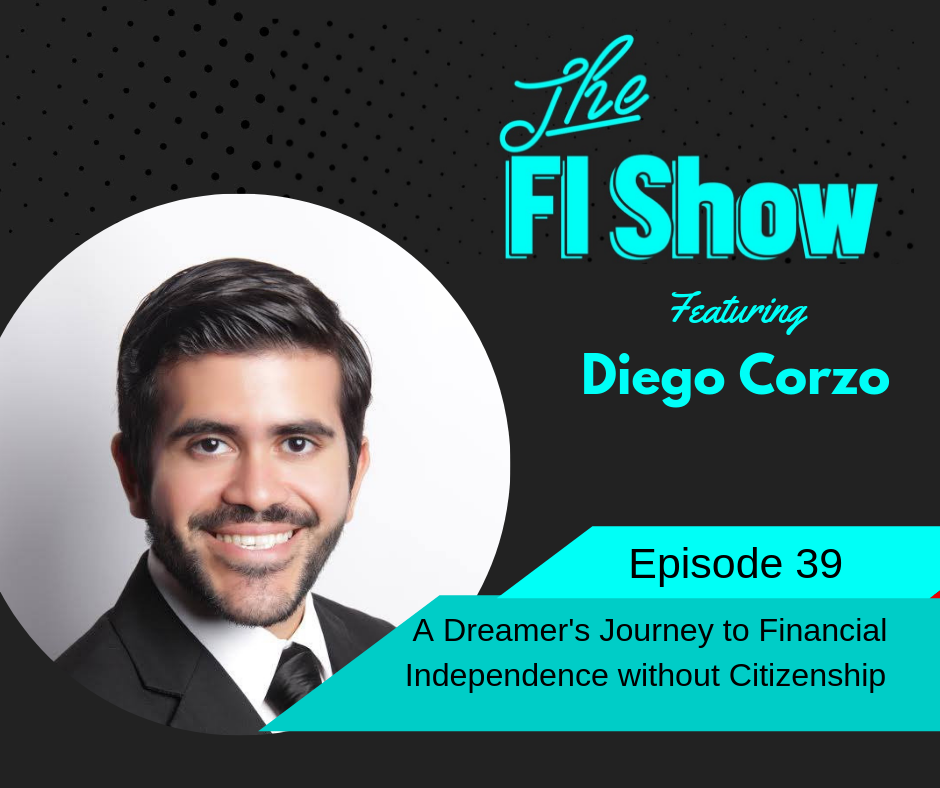 In today’s episode, Cody and Justin are joined by Diego Corzo from House Hacking Club.

His story is incredible and highlights why so many view America as the land of opportunity.

Diego didn’t even know he was undocumented until he attempts to get a drivers license. He faced a ton of obstacles but never stopped trying.

Some luck and hard work meant he ended up qualifying for the Defense Action on Childhood Arrivals and DREAMER acts.

Now Diego is living a successful life, spreading his story through places like TED talks…and yes paying a healthy sum of taxes.

So go take a listen, leave that 5-star review and give us some feedback!

Imagine a young Diego scenario. No one can hire you but you need a job. What skills can take advantage of, what creative money making opportunities are you prepared for in case someone else isn’t around to hire you.