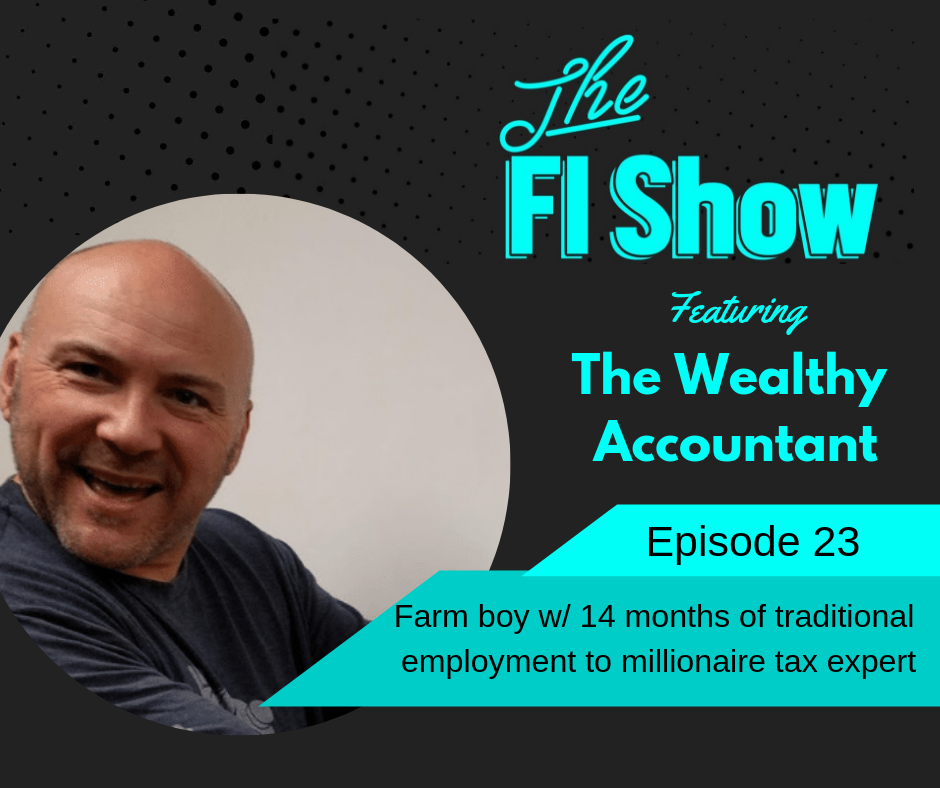 On today’s episode, Cody and Justin are joined by Kieth aka The Wealthy Accountant who went from a small town farmer to a multi-millionaire tax professional. Want to know how good he is? Well he’s good enough to have been selected by Mr. Money Mustache to do his taxes. That’s a heck of an endorsement.

Keith’s story is truly amazing. The way he self educated himself is as relevant today as ever with the access to training and the changing job landscape.

Hear how he started his business and became financially independent way before that was even a common phrase.

Speak to a tax professional, research some tax codes, or at least read through some tax blogs and build out a tax plan that looks at your whole life and not just focus on your current year.