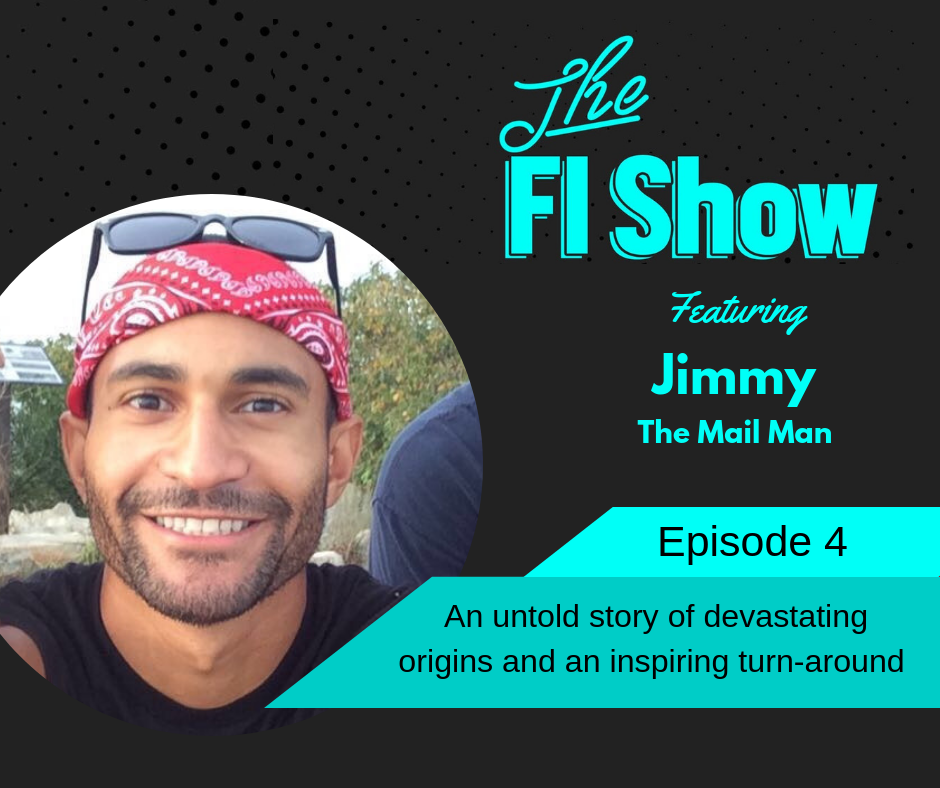 In today’s episode, Cody and Justin bring you an interview that is guaranteed to be a new one for you. This is the story of Jimmy Ridenhour who, unlike most of our guests, has no blog, book, podcast or ever been on a podcast. That doesn’t mean his story isn’t remarkable.

Jimmy’s story starts out with a very tragic start that involves murder and family turmoil but he amazingly finds his way to success and has an unmatched amount of positive vibes when you meet him in person.

After that tragic start, Jimmy landed on his feet literally as a mailman at age 18. While most people his age were racking up college debt, he was bringing in upwards of $80k a year while he put in 70+ hour weeks. This allowed him to purchase his first home for $125k and have it paid off at age 23. Now he’s 27 with five properties and already has an income stream that would allow him to be financially independent if he wanted.

This is a can’t-miss episode!

Focus on your happiness because financial independence is not all about the end goal. Take time and enjoy the journey folks!