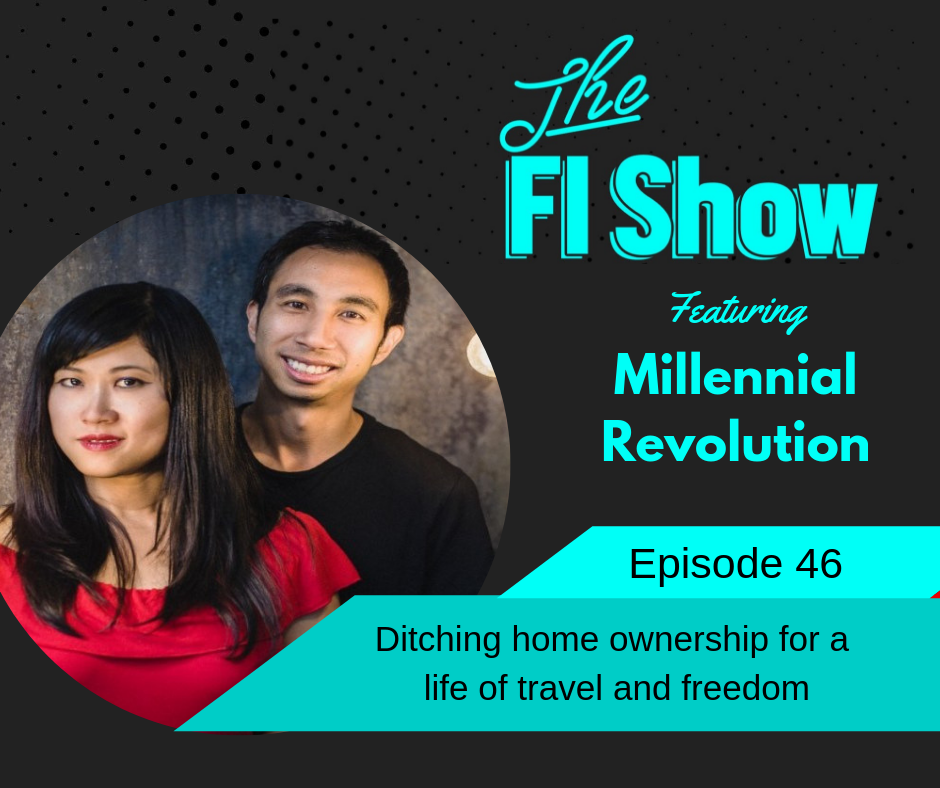 In today’s episode, Cody and Justin are joined by the incredible duo of Kristy and Bryce from Millennial Revolution.

Their story is so inspiring. They start at the most traditional lifestyle route of a professional career and seeking homeownership. Then one day they realize the housing costs are simply out of control and they’d rather retire instead.

Three years later they quit their jobs and have been traveling year-round since then. They’re keeping busy though with projects like their new book Quit Like a Millionaire.

This will certainly be one of the most entertaining episodes we’ve had to date so go listen now.

If you were to lose your job tomorrow, what types of safety nets do you have in place to hedge against that risk? Formulating a game plan will make your personal finances much more resistant to difficult situations.

Via their blog Millennial Revolution